dNM and Films About Communal Living 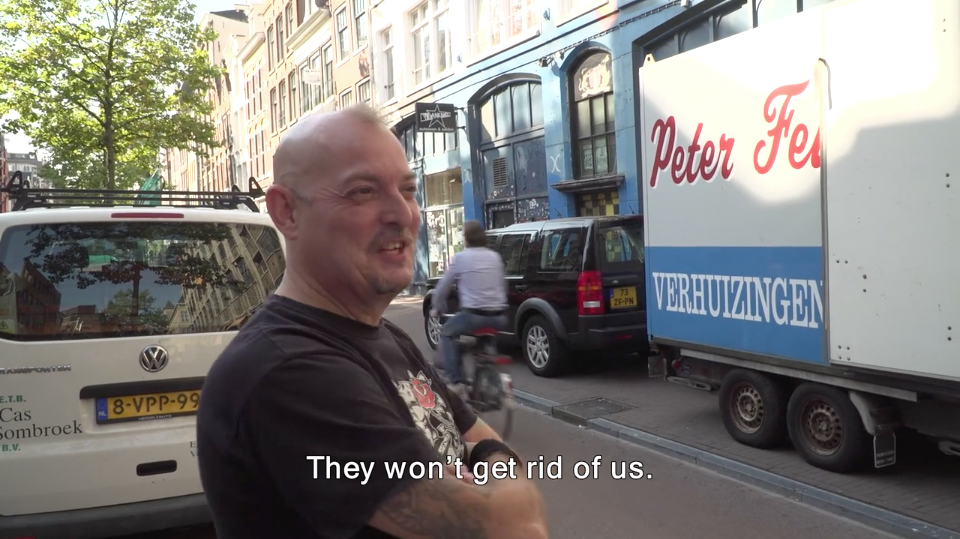 Image: from the Vrankrix documentary

In the future building of the Nieuwe Meent (dNM) there will be communal living floors. What films deal with the subject of communal living, and what do people from the dNM community think about this?

Films can provide a glimpse into a world or zeitgeist, and show how people think about a particular subject. That is why I wanted to compile a list of films about communal living.

Are hippies in communal living situations punished for their naivety in feature films?

After a call within the dNM community for film titles about communal living, I’m talking on the phone to Hessel. He comes up with a whole laundry list of movie titles, but I was curious how those titles fit into his experience, or what he thought of the fiction films. Hessel is a veteran from the Amsterdam squatting scene, but recently re-discovered the pleasure of communal living after a divorce. He therefore likes to contribute to the realization of dNM.

What I remember about the movie Kollektivitet, set in the mid-1970s, is that the movie seems to say ‘these hippies used to think that living in one big house together would be very simple, but they thought wrong’. Not a very interesting premise, I think personally. Don’t agree? Let me know.

Hessel: ‘The entire neighborhood around the now legalized Vrankrijk squat in Amsterdam used to resemble Vrankrijk. There were entire run down neighborhoods and there were as many as 15,000 squatters at the time. There was a real sense of -we share the neighborhood, the city is ours-. Now Vrankrijk is the exception in the area, being surrounded by many hotels. In the film Vrankrix we see togetherness, and the possibilities that lie in the collective management of a building. You can tell that there is a lot of energy at Vrankrijk. The queer community and its connection to Vrankrijk also becomes evident in the film.’

My Queen Karo is set in the early 70s. Fleeing Belgian army enlistment, a family with a young daughter moves into an Amsterdam squat. Hessel: ‘What I see in this film is the tension between personal boundaries versus the boundaries of the group. You see that you can easily be swept away by group norms, and that sharing together can also be taken too far. It can happen that someone presents themselves as a leader, even though no-one intends for this to happen, and this person ends up waltzing over other people. How do you allow for a discussion around this? Boundaries are different for different people.’

My Queen Karo can be seen on YouTube (rent or buy).

Eveline makes a video report about the Amsterdam squat where she lives. When the municipality wants to buy the property and rent it out to the residents for a considerably higher rent, this has consequences for the bonds of the residents. Hessel: ‘This film was shot in a squat, a former ink factory. A character in the film chooses for a yuppie existence. People change. This raises the question: should the group adapt or you as an individual? I have noticed that in jointly managed properties, the first years can be very vibrant, but after a while only a few members are really active. This is a recurring problem in my experience. How to deal? Recently I had the idea that a kind of obligatory social annual report could be added to rental agreements at dNM. This means you would have to write down every year what your social contribution to the community was that year.’

In 1975 the dynamics of a Swedish commune change with the arrival of the sister of a resident, fleeing domestic violence with two children.

Hessel: ‘This film demonstrates that a communal living group can offer safety and diversity. It’s a humorous movie. It shows struggles and people who choose each other.’

Questions for a discussion

Participate in a film discussion June 6th at 8:00 pm to 9:00 pm via Zoom about the films Das Ist Unser Haus and In Krakende Welstand. Sign up by emailing reinilde@yahoo.com Think about the following questions we are going to discuss:

> People change. How do you ensure that people remain involved in the long term and that the atmosphere remains pleasant? Should the group change or the individual adapt or move?

> How to guarantee an environment where everything can be discussed and everyone feels heard?

> How can hierarchy or self-appointed leadership, or dominance of one or a few people be prevented? Not everyone expresses themselves easily within a group setting. How to ensure that everyone can contribute and participate in their own way? In conversation with Hessel I find out that ‘sometimes it may seem like someone is not contributing, but actions go unnoticed. It can also be the form in which someone is expected to contribute that causes problems. You can run the risk of unnecessary finger pointing, and people being overly pessimistic.’

> How do you stay solution-oriented and positive?

Hessel: ‘We had an issue in the Plantage Doklaan building. The fire doors were always left open. This was unsafe. Instead of blaming each other for who was leaving the doors open, we decided together that everyone who walked past the doors would close them if they were open. ‘

There is a diversity of perspectives in films and television about communal living. These can be a starting point for fun conversations. So join the conversation on June 6th. The sign-up information is mentioned above in the previous paragraph.

Our bond campaign is currently in full swing. Together we can succeed, support us and watch an information video about the Nieuwe Meent here.

Allez, viens! Coming of age in the fringes of Maastricht (2015, documentary) 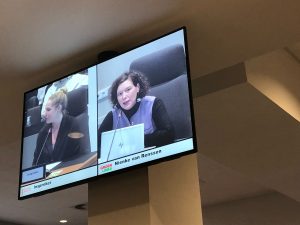 In De Media: Videoreportage AT5 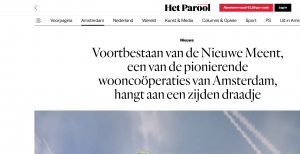